My oldest little girl just turned 5 and had a great time celebrating getting another year older... 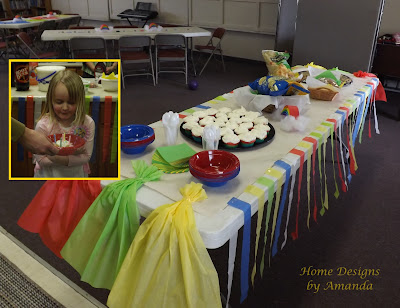 We had a party for her at church after the Sunday evening service to celebrate with our friends...it was fun and she said she really liked it :)

Then on her birthday, we had some leftover cupcakes :) and she blew out more candles... 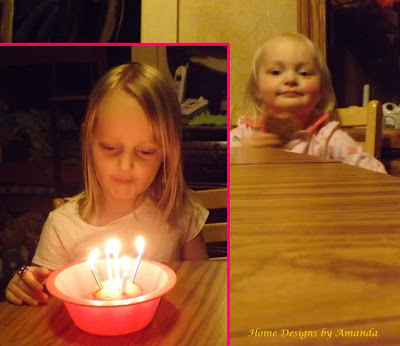 Also, over the weekend we went to a couple of Maple Producers open houses during the NW PA Maple Association Taste & Tours Weekend. 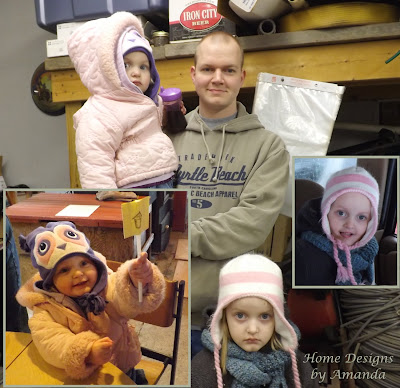 We began at Yatzor's Sugar House, where we had pancakes and ham...and I 'gracefully' spilled my full cup of coffee on myself :) We moved on to Hurry Hill Farms and Museum so the girls could do a few crafts (which Liz remembered doing last year). We were attending a wedding that afternoon, so we were unable to go on the wagon ride, or to any other sugar houses along the tour, but it's a fun family activity!

Lizzy received a great craft project for her birthday... FOAMIES! 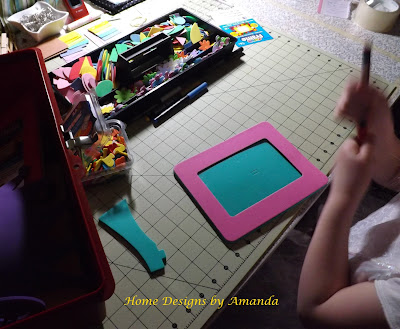 She did three at one sitting, and then another one later in the afternoon! She also had her new Princess/Bride dress-up dress on to be a fashionable crafter!

Lo, children are an heritage of the Lord:
and the fruit of the womb is his reward.
Psalm 127:3