This past Saturday I attend a baby shower for Chad's brother & sister-in-law. This is their first child and it is a baby boy :) So, I had a plan when they announced they were having a baby, that I'd need to make them a quilt! Quilt ideas were pinned and reviewed...Chad picked the 2 he liked the best, and of them I decided on the Around the World pattern. In earthy-primary colors... 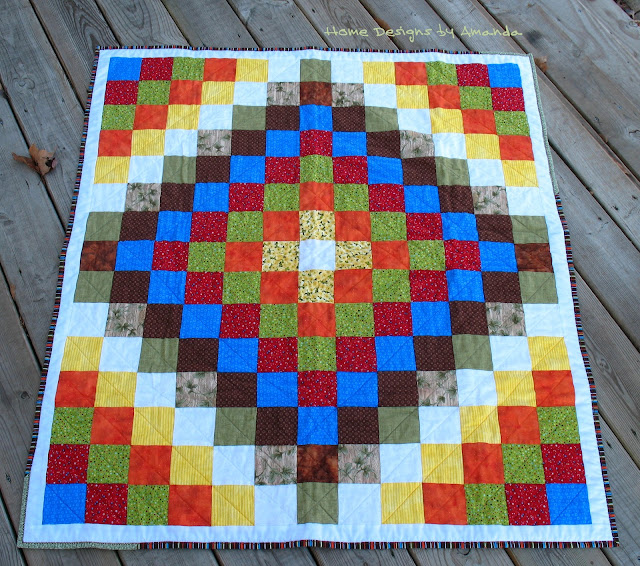 The back is a light green gingham with a medium green at the top to make enough backing :) 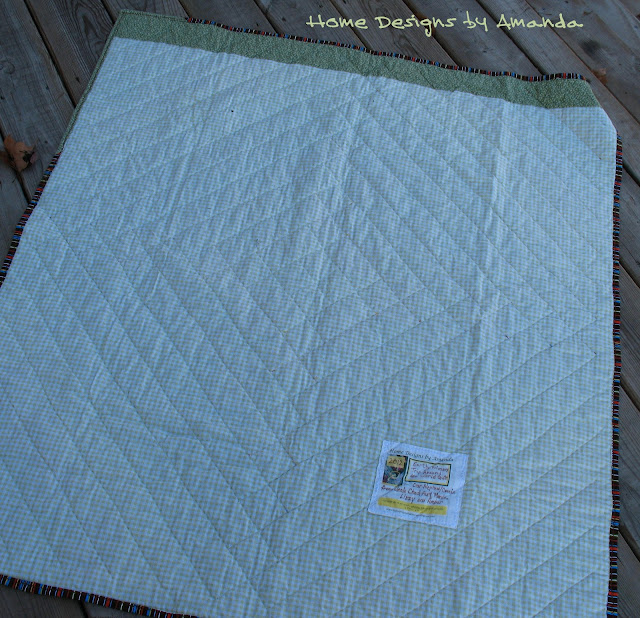 The binding was chosen to bring all the colors together...but I had to add a little of the medium green to have enough binding as well! 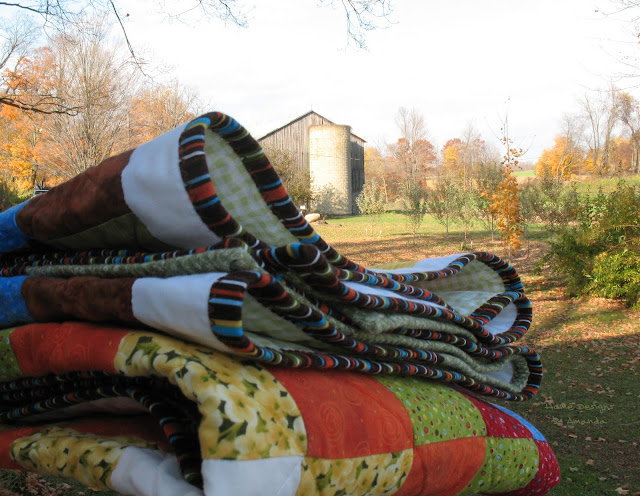 I think it turned out cute and finished at...
ok so I did remember to measure it this time, but I don't know were I wrote it down at...oops!
So, from the construction measurements, it is roughly 42" x 48".

I also made a pair of slippers from a new pattern...they are cute, but look slightly different in size, although they are the 3-6 month size from the pattern. 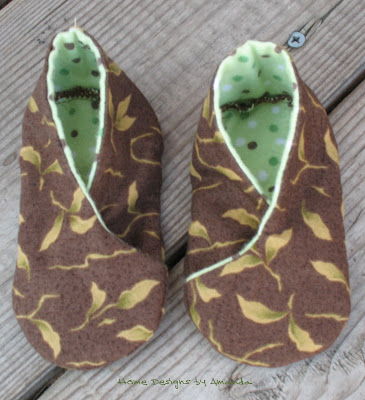 Although I was making handmade gifts, I still pa-roused the gift registry a few days before the shower and decide to make something that wasn't on the list, but went with items I did see...

It turned out great...I loved it, the front is flannel trimmed in quilting cotton (Moda at that!) and the back is a soft white flannel from the local Mennonite Store. It was so nice feeling. The one corner is weighted to put over the Mother's shoulder to hold it in place while trying to situate the baby...

This is probably the simplest design of a cover-up out there, but I liked that it was a little more versatile and easy to put in a diaper bag! I hope it works well, I've never personally used one (nor had the need) but it seemed like a great concept when I saw a blanket like this at church when I was on nursery duty the one day.

But the great thing is that the removable weight allows for washing and for it to be used as a blanket!

The weight is a washer wrapped in bias tape. 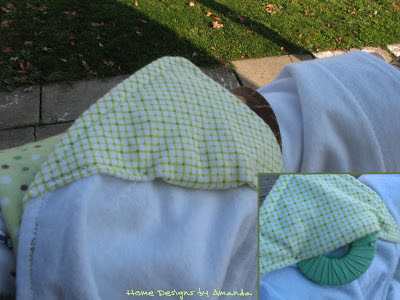 The happy couple received an abundance of gifts...and had some unsolicited help from a little girl that is very excited about her new cousin. 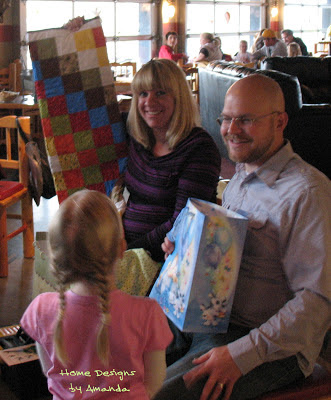 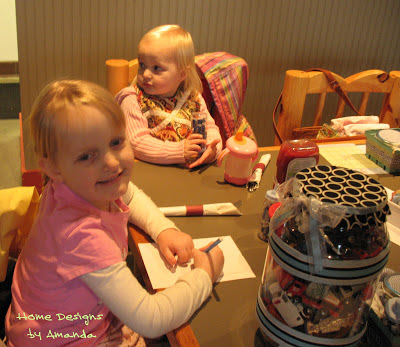 Another little one to make presents for...I better get to work, Christmas is coming fast!

And one of them, when he saw that he was healed,
turned back, and with a loud voice glorified God,
Luke 17:15


This week I had the kids devotional during our mid-week service and decided to get them prepared for Thanksgiving...so our topic - Thankfulness! I read a story about the first Thanksgiving, then we also read about the 10 Lepers in Luke...the story were 10 were healed, but only one returned to say Thank you.

Well, while preparing the lesson, I realized that we all need to be the ONE that returned to give the thanks for the blessings we receive and to praise God for giving them to us. Then just as I was typing out the verse, the part about the leper glorifying God "with a loud voice" emphasized that we really need to let others know our gratefulness to God for all that He provides for us.

So, with great thankfulness to have readers of the blog, for the ability to type and to craft things to blog about, and thanking God EVERYDAY for the great blessings bestowed upon me...