Sometime early this year (I think), I bought a beautiful panel that depicted the four seasons with birds on it...ok, well, I actually ordered two at the same time so I'd have an extra :) because I didn't find anything else remotely close to what I wanted or liked!

Well, I finally had a perfect project for one of the panels...a Wall Hanging for our Pastor and his wife. 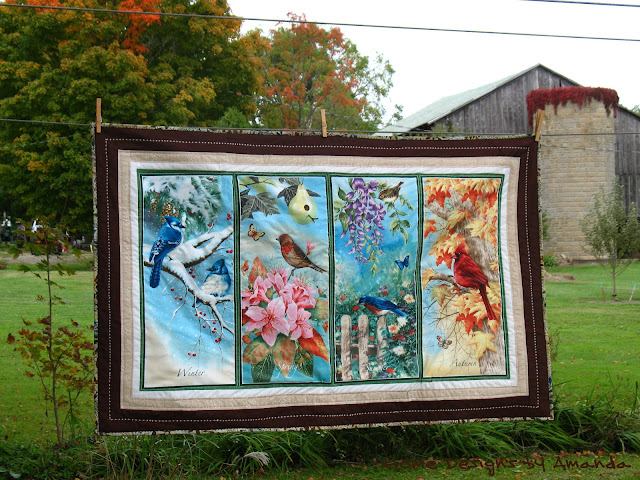 It was a gift for their last Sunday as the Pastor of our church... God has redirected them to Michigan.

His last Sermon text was Ecclesiastes 3:1-11... which was the text I had wanted to embroider on the small white border, but I was having issues with my machine spacing the letters correctly...ugh! So, I was not able to get the wording done before presenting it to them. 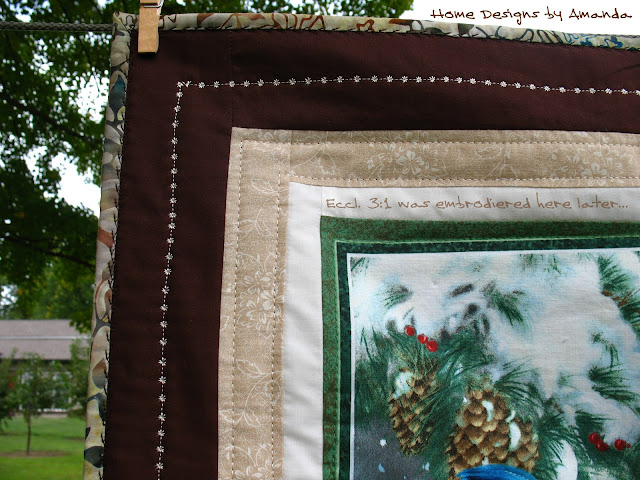 I brought it back home with me to try again, but still had issue with the text. Finally, I did get Ecclesiastes 3:1 on! I'm not sure what the issue was. I guess it was the combinations of materials and thread, because a few days later I was able to embroider the Autumn View's poem onto my small wall hanging without any issues! Go figure!

I was happy with the accent stitching on the birds. This was the first time I've done accent stitching and I think I would have liked to have done more, but my choice of thread is slightly limited for such a variety of colors that the wall hanging has. So, I just did the birds :) 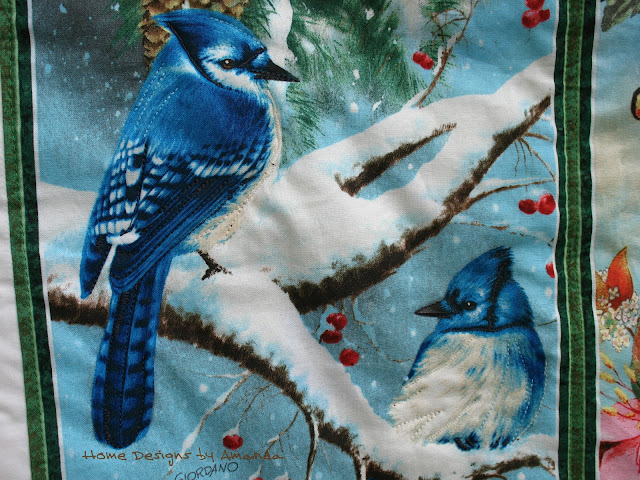 This was also my first time working with a printed panel, so, I had ideas and was debated on splitting the panel apart to add extra borders around each season; and had even thought about making it with two sections on top then two underneath...but Chad said he thought it'd be best to leave it as it was. So, I listen and just added outside borders :) 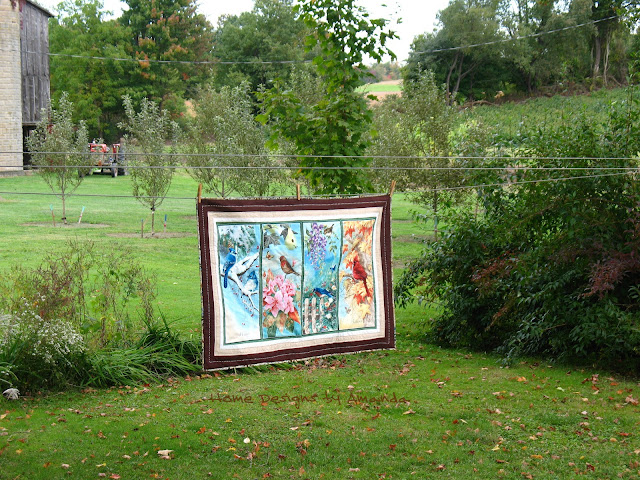 Adding this post to TNT Thursday at Happy Quilting.

To everything there is a season,
and a time to every purpose under heaven:
Ecclesiastes 3:1