Time just flies by! It's been two week since my last post...so this one is long over due, right?!

The past two weeks have been busy. First, I was finishing making the fabric baskets for the Missions conference at church. They were completed and filled the day before the conference started. Between the sewing time I was cleanning the house for the guest we were having during the conference.

We had our churches annual Harvest party on Saturday...it kind of kicked off the missions conference, which started on Sunday morning with a great Sunday School lesson about the harvest fields.

The kids seemed to enjoy it and the missionaries gave great information about the counries that they are/are going to be missionaries to. A few of them are even native to their mission field, which helped provide even more insite to those areas of the globe.

It was some good geography learning for the kids. Liz even seemed to pay attention (at least on the first day) for part of it! 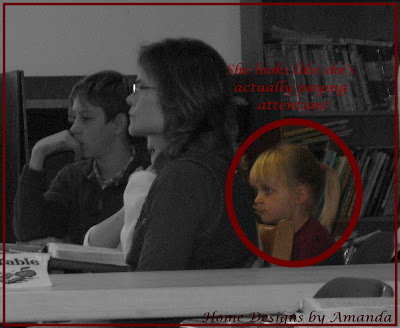 Amber was herself...all though she didn't seem to yell as much! 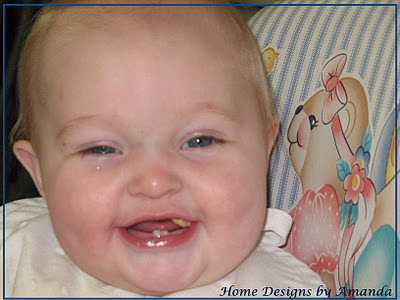 ﻿
It was a great conference and we had some wonderful missionaries that we were able to really get to know better!

Say not ye, There are yet four months,
and then cometh harvest?
behold, I say unto you,
Lift up your eyes, and look on the fields;
for they are white already to harvest.
John 4:35﻿

This was the text for the Sunday School message that began a great missions conference. The point that stuck out to me was that some people that are ready to be 'harvested' will spoil in the field before anyone gets the Gospel to them. Made me think that the message needs to get out more so that we do not lose to many in the field.